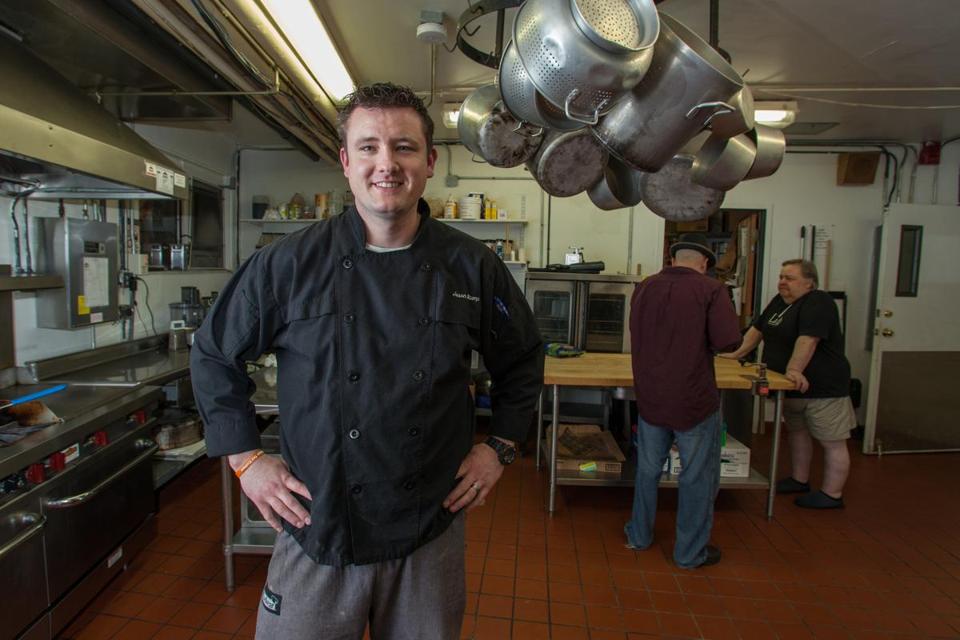 PITTSFIELD — On a menu usually stacked with meat and potatoes, where does one find room for kale? That’s the challenge facing Jason Stump as he cooks three meals a day for about 70 military veterans.

Bridging the worlds of fine dining and institutional food service, Stump puts his experience as a chef in Greater Boston to good use as he cooks for this audience at the food program Soldier On, a nonprofit serving homeless veterans and those who have fallen on hard times and live in residential units the organization runs. “These guys are meat and potatoes guys, and certain vegetables, they don’t touch them,” says Stump, who is coming up on his first year here. “The challenge is cooking around that.”

Stump also leads cooking classes and weekly sessions devoted to a specific food item and different ways to make use of it. He will visit a group of female veterans at Soldier On’s location in Leeds for a practical lesson in dressing up basic foods, or in the warm months, he will encourage the stewards of the vegetable garden in Pittsfield to take advantage of community farming plots available nearby.

Before his professional about-face, Stump pursued a typical career for ambitious young chefs. He worked his way through jobs as the founding kitchen manager (and, later, sous chef) at Legal Test Kitchen on Boston’s waterfront, and head chef at Scollay Square Restaurant on Beacon Hill. Just before moving to the Berkshires, he worked as executive chef for The Cottage in Wellesley. That menu had an emphasis on a “light, clean, fresh” fusion of Californian and New England cuisine, Stump says. (Favorite dishes he introduced there include Chioggia beet salad and pan-seared fish with a sweet potato crust, served with wilted spinach, edamame, corn, and a balsamic beurre blanc.) 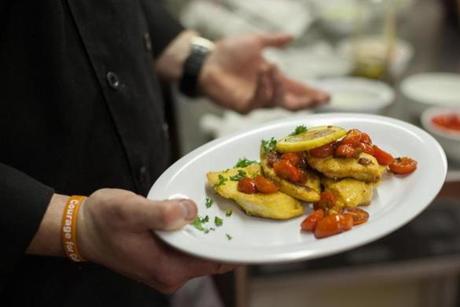 MATTHEW CAVANAUGH FOR THE BOSTON

Chioggia beets may not be high on the favorite food list among the veterans at Soldier On, but Stump finds other ways to translate his skills to this new environment. His task is to satisfy a more back-to-basics type palate, while avoiding old standbys of institutional-style food (think: overdone roast beef with heavy gravy) that don’t go well with conditions like diabetes and obesity.

“He’s really been able to incorporate some fine dining into the dinners at Soldier On for the veterans without having them feel like they’re entering into another world,” says Mike Hagmaier, who runs operations for the organization. “Most of the veterans we work with are used to eating fast food and takeout. Jason is very clever in making sure they are getting the adequate diet and being taken care of properly.”

Kale makes its way onto the menu in a hearty, Portuguese-inspired stew. Instead of cheese, twice-baked potatoes are slyly stuffed with sweet potato. Roast beef is slow-cooked at a low heat, with light seasoning. Looking to avoid salt and sugar, Stump uses a touch of lemon juice to enhance natural flavor and sweetens some foods with fresh orange juice. 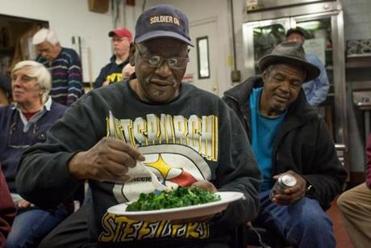 MATTHEW CAVANAUGH FOR THE BOSTON

Edward Watkins dug into a plate of sauteed vegetables.

Stump, 30, left the restaurant scene and moved here when he and his wife, Andrea, decided they were looking for a different lifestyle and a quieter place to start a family. He figured he could stitch together a couple of cooking jobs, but the opportunity at Soldier On popped up and sounded intriguing. He had a grandfather in the Navy and an uncle in the Army, but Stump says there’s been no particular emphasis in his family on military service. But once he started at Soldier On, not only feeding veterans but also working with them, he found the environment agreed with him.

“They deserve it. They’ve served us, they’ve sacrificed for us,” Stump says. “So even with something as simple as food, if they walk out of here and say it was the best roast beef they ever had, that means a lot to me — more than a busy Saturday night in a restaurant where we made a lot of money.”

He has revamped the organization’s food program, taking advantage of seasonal produce and ordering from local suppliers. The farmers’ market in neighboring Lanesborough is now a key resource. Stump is also building a database of new recipes, including the ingredients for a house spice rub used on flank steak with marinated peppers, so his kitchen discoveries are available for other cooks as Soldier On grows.

For Jeffrey Harmon, a resident in one of the organization’s apartment units, a job in Stump’s kitchen takes advantage of the skills he used through 19 years as a sous chef in the Navy. Working on two batches of muffins (one combining strawberries and chocolate, the other a mixture of cranberries, blueberries, and strawberries), Harmon swiftly cracks a series of eggs.

Some of that Navy training still comes in handy.

“This is a requirement in the military,” he explains. “You have to be able to crack an egg with one hand.”