“I don’t think that would have happened on any other tier,” Apple said.

Kyle Weber, 27, who served in the Air Force from 2008 to 2009 and arrived at the pod in October after violating his probation during a dispute with a relative, uses an unexpected phrase to describe the experience: “I feel safe here.”

Weber, who has a diagnosed mental illness, said the self-discipline and brotherhood on the unit surprised him until he thought about the inmates’ shared military background.

“We all fought for something bigger than ourselves,” he said. “This is the best worst thing that ever happened to me.” 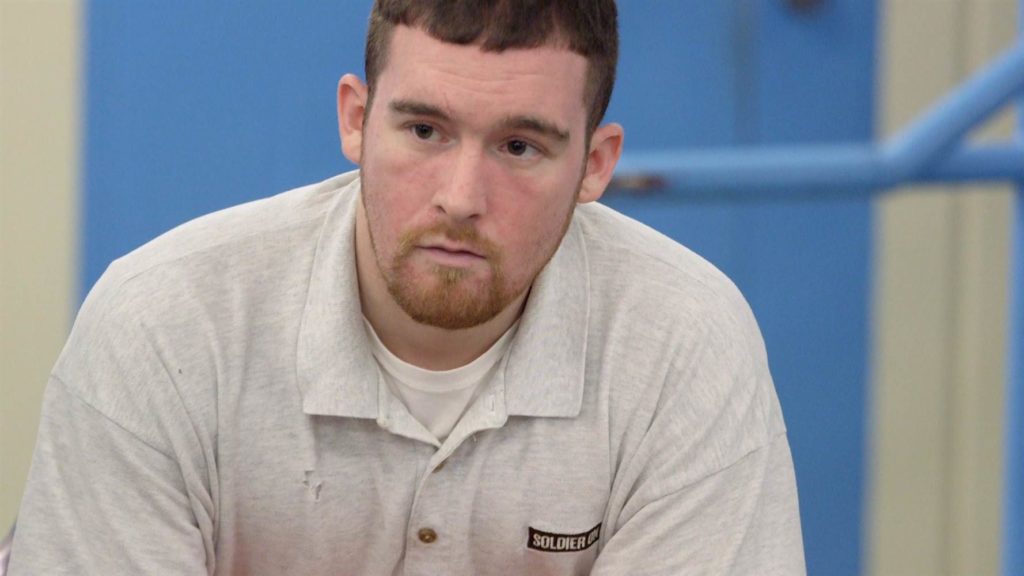 Kyle Weber is part of the “veteran pod” at the Albany County Jail in upstate New York. He calls it the “best worst thing” that ever happened to him.

The Albany County pod, among the first in the nation, is an experiment that reflects the goodwill of the public toward men and women who served the nation, and a shift in criminal justice policies away from the purely punitive.

There are similar programs in prisons and jails across the country — from Arizona, where inmates raise the flag every morning, to Washington state, where they train service dogs for vets returning home with PTSD — but they cover only a small fraction of the estimated 180,000 incarcerated veterans nationwide.

“They’re popping up everywhere,” said Scott Swaim, the division director of Justice for Vets, who is familiar with such pods through his advocacy for veteran treatment courts.

“I think there’s value to it. Military culture is really important and vet-to-vet support works best because all the conversations are shortened. We came from the same foundation. Everybody went through boot camp.”

Because veterans-only cell blocks are so new, official recidivism rates — which typically look at how many inmates are re-arrested in a three-year or five-year period — are scarce. But anecdotally, corrections officials say, pod populations are better behaved inside and less likely to be re-incarcerated after release.

“I don’t even lock up my locker,” said Steve Varnadore, 51, an Army veteran who is in a 125-bed minimum custody veterans dorm in Tucson, Arizona, serving a five-year drug sentence. “You wouldn’t think about coming to a prison to meet really good people, but I’ve met some really good people in my pod.” 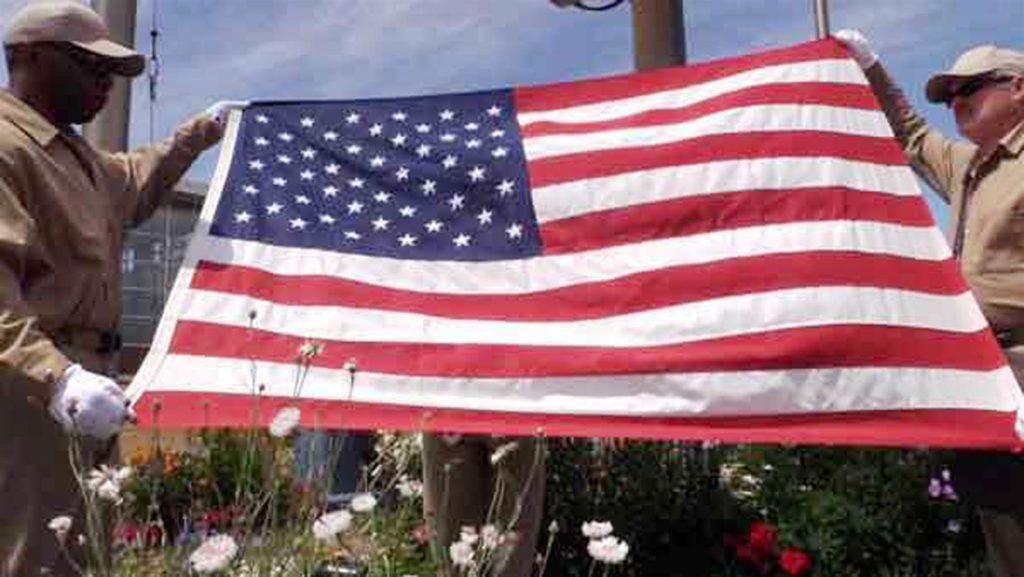 The pods are program-intensive, a model that Apple agrees would probably improve the outcomes for any prison population. But he and other correction officials also note that veterans often have more education, better job prospects and more access to mental health benefits than the average inmate.

To create the Albany County unit, the jail partnered with a non-profit organization, Soldier On, that provides services for homeless veterans and opened transitional housing just down the road from the lockup. Soldier On staffers are on site 42 hours a week, their work largely paid for through U.S. Department of Veterans Affairs grants that total $225,000 a year, director Jack Downing said.

There are group discussions on addiction and post-traumatic stress, psychological counseling, and one-on-one meetings to connect inmates to benefits and plan for their discharge. A chiropractor paid through private donations treats the inmates with alternative medicine techniques because, the group says, veterans are often resistant to conventional therapies. 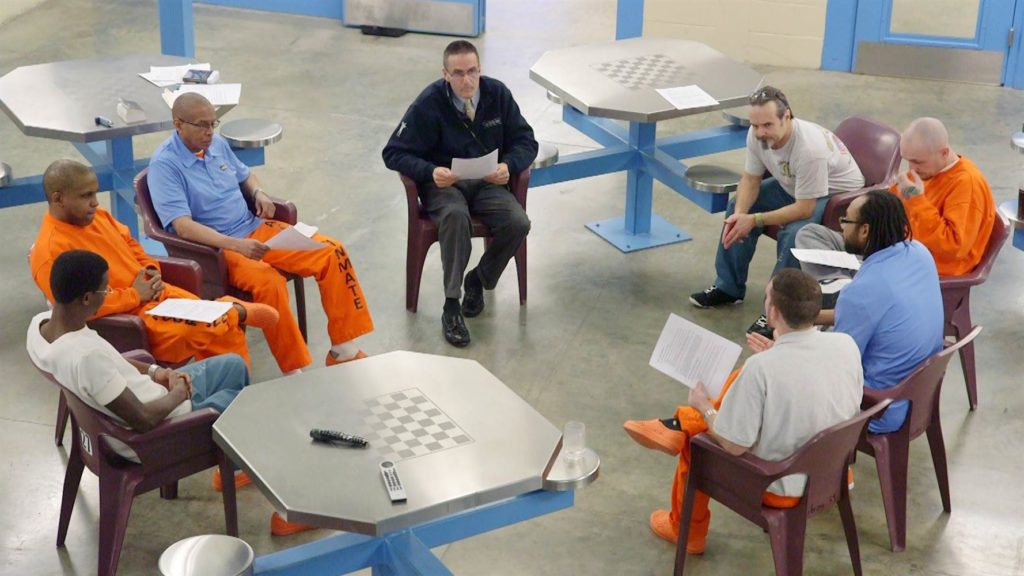 Pod members can wear Soldier On t-shirts over their uniforms and they get extra time out of their cells. The jail recently started a job program that allowed one prisoner to earn thousands of dollars working at a local quarry at full pay.

“It’s still jail,” Apple said. “But we want to help them let their guard down a little bit and trust us as we want to trust them.”

The most important piece of the puzzle might be what happens after the veterans are released. Some end up in Soldier On housing; others are followed by caseworkers to make sure they see their probation officer, get drug and alcohol treatment, and have a ride to job interviews.

“Your traditional inmate would get released and get a bus token and say ‘See ya later,’ and more times than not they end up coming back, which drives that recidivism rate right back up,” Apple said.

The pod has room for 30 veterans. Some have spent years in the military; others only weeks. Some have been in trouble just once or twice, while others have rap sheets far longer than their military history.

Charles Brown, 67, estimates he’s spent 22 years of his life locked up. Jail officials said he was one of the more troublesome inmates during past stays; since he’s been in the pod, after yet another drug arrest, he’s been a model prisoner.

“This is like basic training all over again,” Brown said.

Brown was in the Air Force for just five months during the Vietnam War before getting a family-related discharge, but says he was haunted by his time working in a base morgue. Despite the brevity of his military stint, he said he’s bonded with other pod members in ways he did not in the general population.

“We all have something in common besides the criminal element,” he explained.

The Albany County pod eschews military-style activities, but other veteran units around the country have incorporated the trappings of the armed services.

In Florida, which opened dorms at five sites in 2011 to accommodate about 400 men and women, inmates paint patriotic murals and can participate in an honor guard. Washington state paired up one of its three sites with the Brigadoon Service Dogs training program; the inmates built dog houses decorated with military insignia. 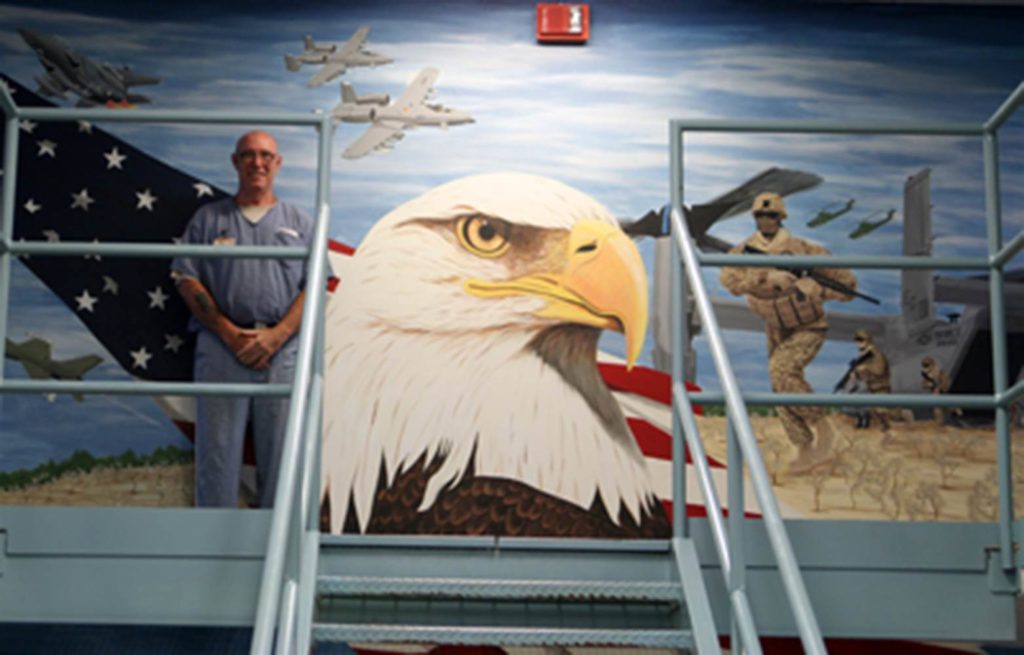 The Arizona Corrections Department established a work program at a local veterans cemetery and prepares special meals for Veterans Day and Memorial Day. It also opened a veterans’ garden where inmates are working to create a certified way-station for migrating monarch butterflies.

Deputy Warden Dionne Martinez said that 50 inmates have been released since their pod opened a year and a half ago; officials know of only one who has ended up back in custody. Now they are trying to start a program for women.

In Albany, the veteran pod often has unfilled cells. The sheriff wants to offer counties from around the state the opportunity to send veterans to do their time in the Soldier On pod.

The jail has 1,040 beds overall and is one of the largest in the state due to expansion during the crack cocaine explosion of the 1980s and a lock-’em-up approach to drug offenders, Apple said.

“I had that mentality myself,” he added. “But sooner or later, you realize we are not winning the war. We’ve got to do things differently.