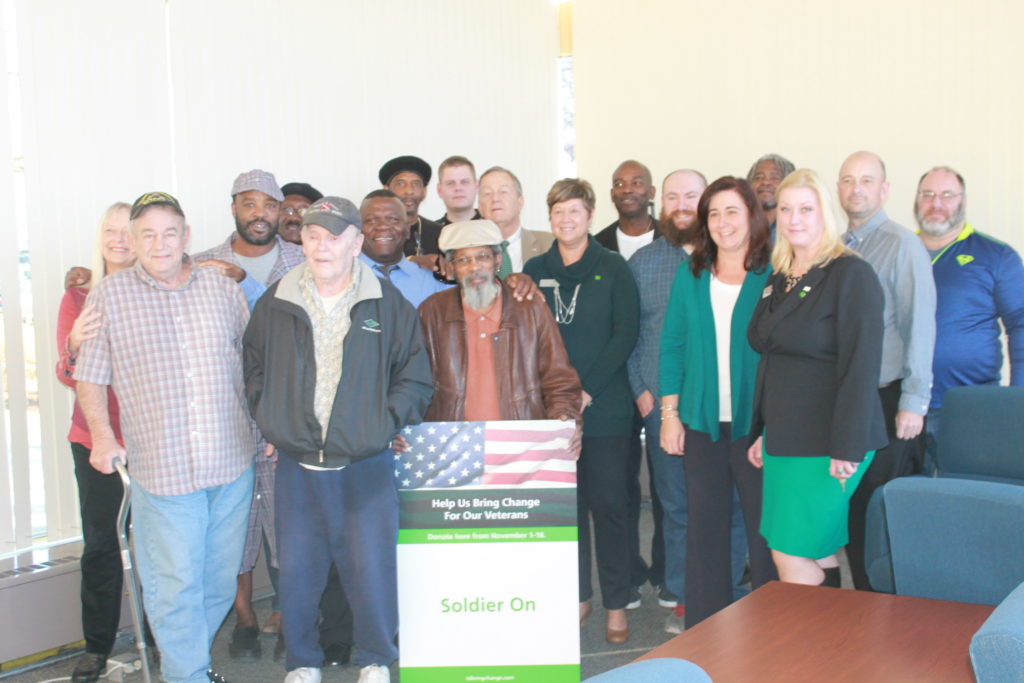 Soldier On was privileged enough to be the beneficiary of the TD Bank November Bring Change program at their West Street and Merrill Road store locations in Pittsfield, MA.

The program ran from November 1st-18th. On Friday, November 18th Soldier On was presented with a $5,580.00 donation from the campaign. Residents and staff from Soldier On went to the West Street location to accept the donation.

TD Bank through its charitable giving arm, the TD Charitable Foundation carries a legacy of supporting non-profit organizations. Since its inception in 202, the foundation has contributed over $160 million in grant funding to organizations in the communities where TD works, lives, and does business.

Soldier On was busy during the weekend of Veterans Day.  Below is a recap of the various events that Soldier On participated in.

Massachusetts
Friday morning Soldier On staff and residents walked in the Pittsfield and Northampton Parades. 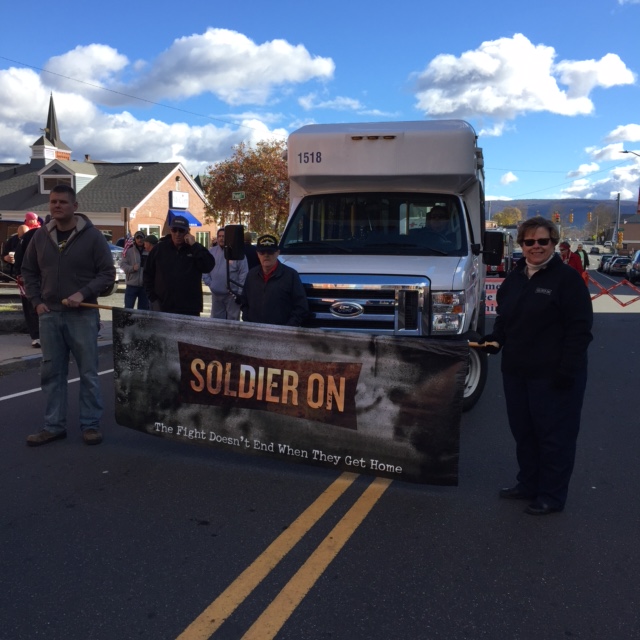 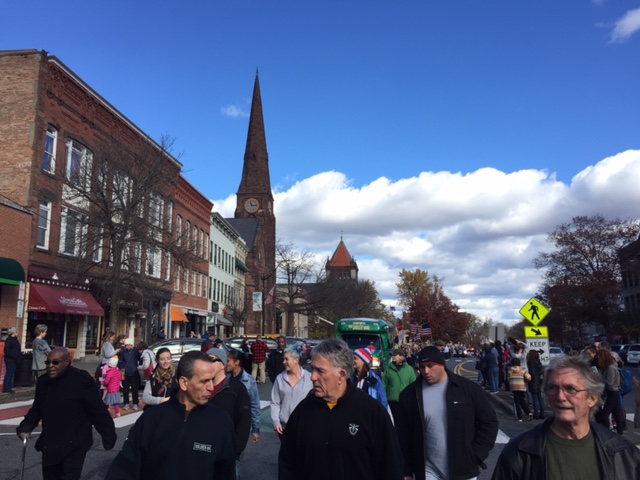 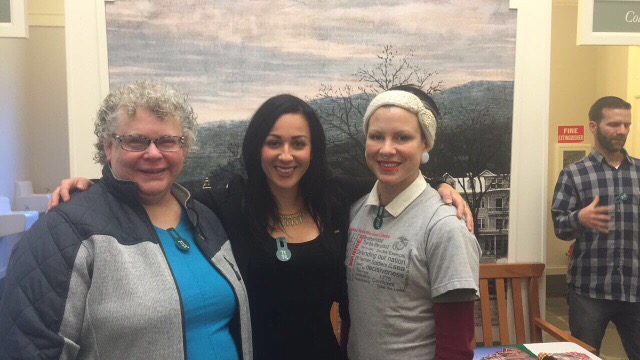 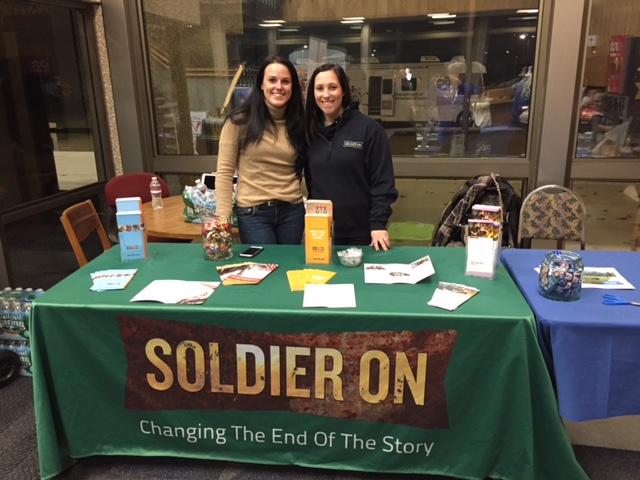 Friday evening Sarah Polidore and Casey DiCicco attended a veterans resource fair at Westfield State University. The fair was held prior to the football game against Western Connecticut State University. In addition to it being military appreciation night it was also senior night. 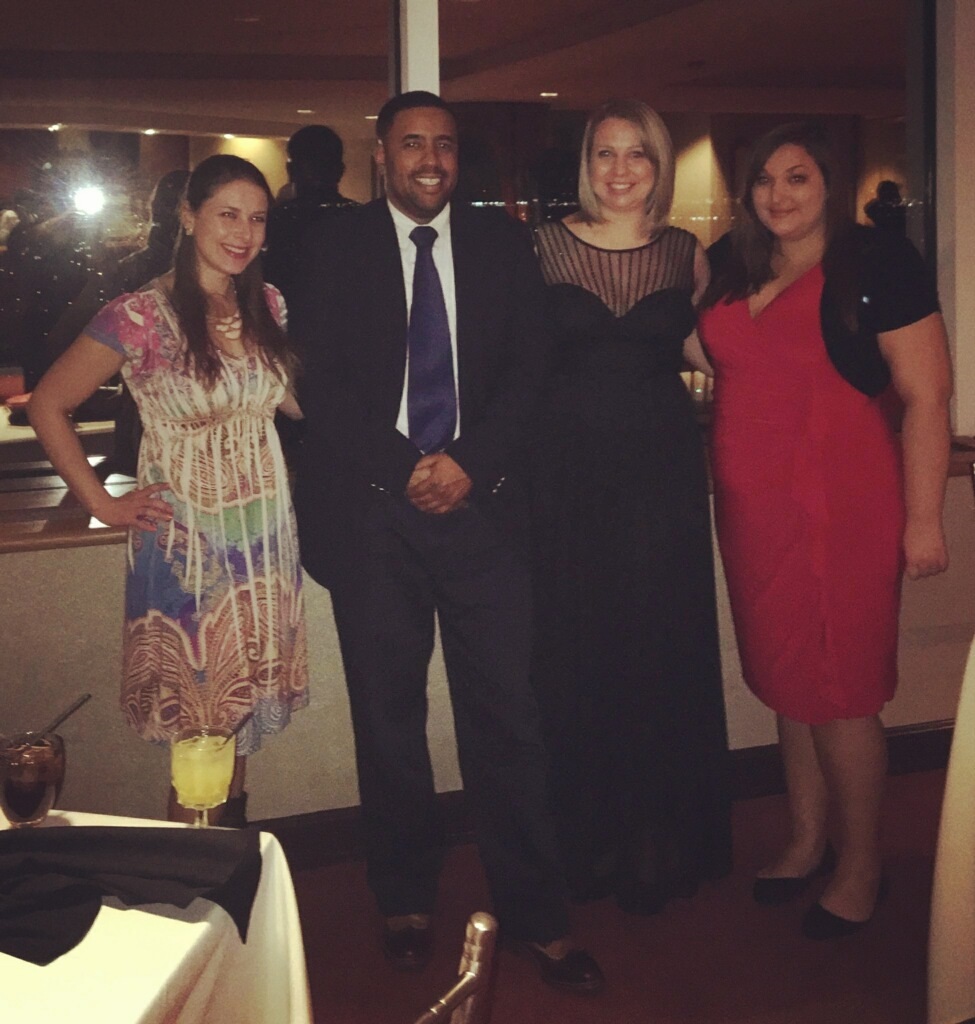 Massachusetts
Raymour & Flanigan in West Springfield presented Soldier On with a $500 check from their Community Event Outreach Program. In addition the store held a raffle where a $5 donation to Soldier On would allow the customer to be entered into a drawing for a $200.00 gift certificate to Raymour & Flanigan. Soldier On staffed a table during the peak shopping hours on Saturday; Sarah Polidore and Casey DiCicco worked in the morning while Sabrina Willard and Netshari Ortiz worked in the afternoon. 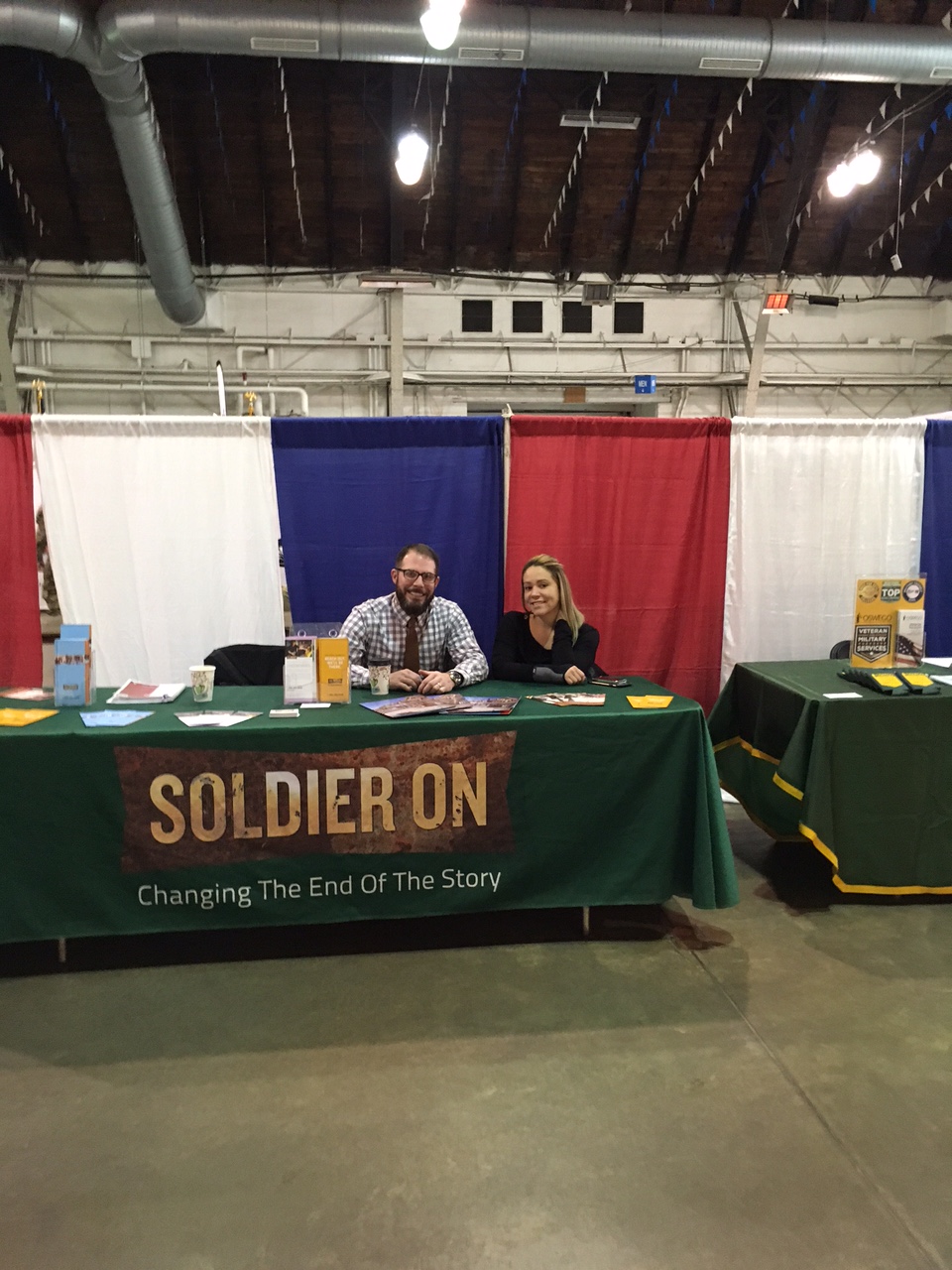 The 9th Annual Central New York Veterans Parade and Expo was held on Saturday. CNY SSVF staff William Brown, Ilian Galan, and Chris Shortell attended the expo which was in the Center of Progress Building in Syracuse. 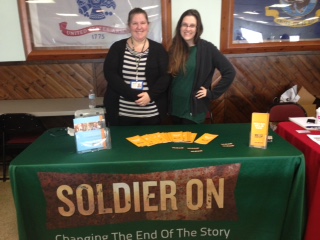 Seneca County Veterans Service Agency hosted “Stand Down 2016” at the VFW in Waterloo where Jessica Brooks and Meadow McDowell set up a table at the event. 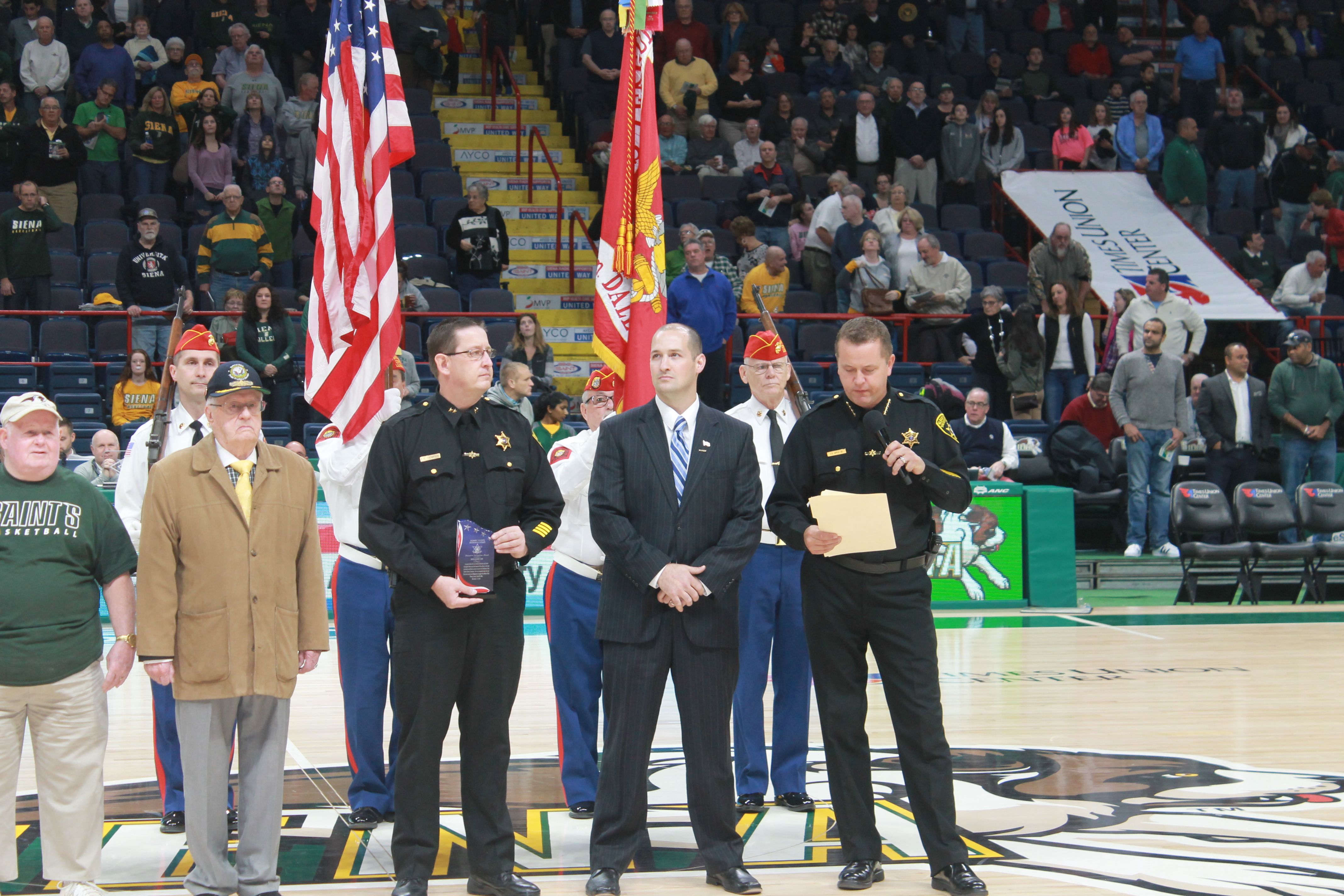 Albany County Sheriff’s Office presented Soldier On with the Patriotism Recognition Award at the Siena College men’s basketball game against Cornell University. Dominick Sondrini, New York SSVF Supervisor, accepted the award and spoke on behalf of Soldier On. Prior to the game Katrina Middleton set up a table providing information on Soldier On in the main concourse of the Times Union Center.