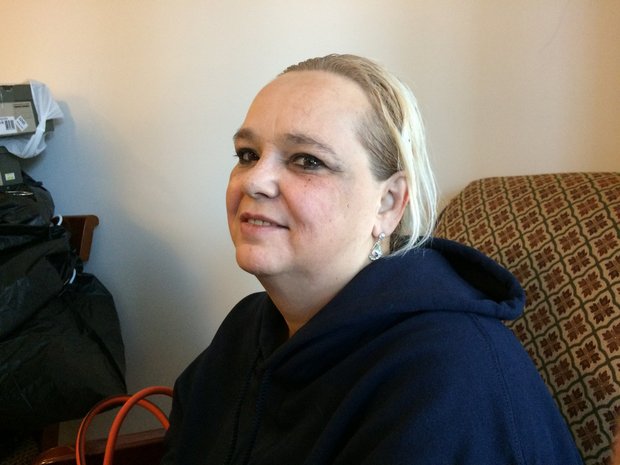 
NORTHAMPTON – Cynthia Stevens sat and took a break while the workmen around her hauled sheetrock and the women examined the premises. Soldier On was in the process of opening its new transitional housing facility for homeless female veterans.

The new, 16-apartment complex on the VA’s Leeds campus was something most of them weren’t used to: a housing facility especially for women. May we add, for women veterans.

Half the 500 homeless shelters run by the VA don’t accept women at all, and few are specifically tailored to them. Many of the shelters that do take women lack separate quarters from the men.

Stevens, a Navy veterans, was moving out, not in. Many of the vacancies in the new facility were being filled by women living in renovated cottages at the VA. If this was a step up from that, Stevens apartment in Westfield was two. It will be a place her four grown children can visit. A place of her own. 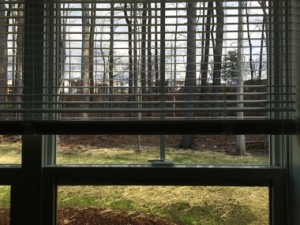 “I get along with all the women here,” she said. “We’re one big happy family.”

If you look out one of the windows you can see the construction underway on the 44 unit men’s facility up the hill. Although they’re close by, men are out of bounds on the women’s facility. Stevens is okay with this.

“There’s too much chaos if men are involved,” said Stevenes, who receives treatment for her PTSD.

The women’s shelteroffers a range of services and programs, from mental health therapy and treatment to counseling, educational programs and employment opportunities. All run by women and serve to support the veterans, many whom have been victimized by military sexual trauma. 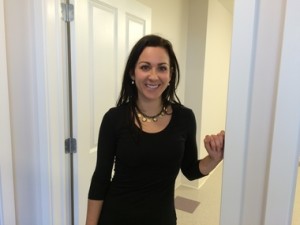 Sara Scoco, the director of the women’s programs, said the goal is to treat the body, mind and spirit together Women also work on substance abuse problems and self esteem. Among the programs offfered are yoga, writing groups and walking clubs. “Everything is run by women for women,” Scoco said. “A house care takes them to their appointments.”

John Downing, the CEO of Soldier On, the men’s homeless shelter at the VA, said the women’s facility cost $1.8 million to build, with much of the money coming from federal andstate sources.